Two distinctive artists that have been gracing the stages of Hollywood and several touring vents have been Gabbie Rae, a young and highly talented new voice in LA and Seasoned expert musician Patrick Kennison of the group Heaven Below. with both artists having such unique acts it coms as no surprise that these two would join forces and merge to create a duet tour de force that has taken Los Angeles, and the world by firestorm.  join us for a lighthearted yet revealing interview with two sensational artists that have become one thunderous voice.

Interview is set as “side by side” as one artist talks with Lisa about the other, and what it has meant to both of them 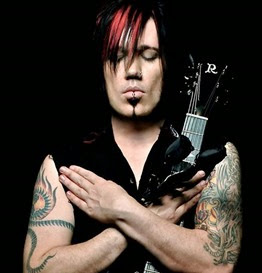 Lisa: How did the decision come together to start performing as a duo?

When Gabbie and I first met I brought my acoustic guitar with me so I could hear sing in front of me. The results were so inspiring and real that we decided people should hear her voice and my playing in its purest and rawest form, Live and unprocessed.

Lisa: How long has it been?

It’s been several months now, but it feels like 10 minutes.

Lisa: What would you consider to be your biggest accomplishment (to date) so far? 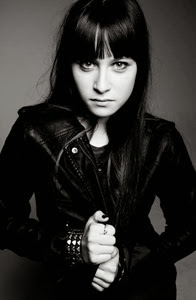 With Gabbie and I, I think the Dio foundation picking us up and promoting our cover of Rainbow In The Dark is pretty amazing. To have an organization of that caliber to hand pick us is beyond humbling.

Lisa: Finish this sentence for me…. My best memory of The Monsters of Rock Cruise 2014 was when…….

The member of a legendary rock band was brought to tears during our performance.

Lisa: You just recorded an incredible original with Gabbie Rae, a song that you wrote yourself, how did you decide she was the voice to match your music?

I feel like the song found her. I’m merely a vehicle for the energy of a written song. When we perform, record, or write it feels like an out of body experience. As if the song carries itself through us. It’s very liberating. 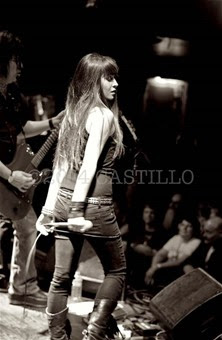 Lisa: You and Gabbie’s cover of “Rainbow in the Dark” by Dio, EXPLODED on YouTube and was re-posted by The Dio Foundation, explain that feeling, as an artist…

It makes us feel 10 feet tall and extremely humbling all at the same time. Paying tribute to such a legend requires a combination of fearlessness and responsibility.

Lisa: You have been working successfully with Gabbie, what do you attribute her success to as an artist, what does she bring that maybe was “missing” from Hollywood?

She brings a strong work ethic without a sense of entitlement. Many artists out here are originally the “ballsiest” people from a little small town in the Midwest. They must think, “I’m a God at home, so I must be here in Los Angeles too.” That attitude kills their perception and clouds their reality. Gabbie and I have a different outlook. We know we’re the “ballsiest” people from our hometown, but we have enough self-awareness to know we’re blessed to be working here on the west coast, the land of broken dreams. Hey I think there’s a song there! 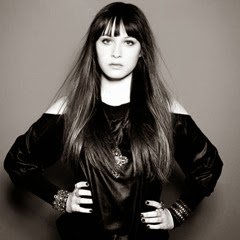 Lisa: How has working with Patrick made you a stronger performer?

Lisa: At 15, you are balancing school, living bi-costal, writing, performing, rehearsing…. What do you do when you are not performing music? Do you have any hidden talent or hobbies?

For me, music is a full-time thing. I am 100% okay with that because music is all I’ve ever wanted. However, every now and then I do have some free time and I love to spend it with furry friends. I am such an animal lover. I love visiting the shelters and doing everything I can to help.

Lisa: Your SWEET 16 BIRTHDAY is coming up, what are the plans? 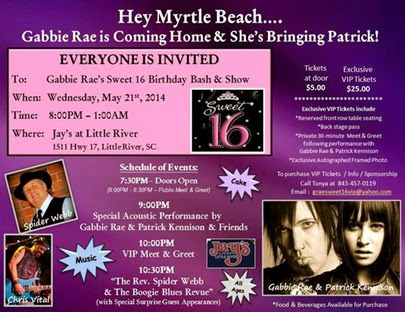 This is so exciting! I can’t believe I am going to be 16 already! We’ve decided that it’s only fitting for me to visit Myrtle Beach, SC for my big day seeing that I lived there for 5 years! I have the most amazing friends and fans and I wanted to see them all for my special day! We are having a huge bash at Jay’s in Little River! Check out the cool flyer!

Lisa: Describe the experience of opening up for John Corabi and Queensryche at NAMM with Patrick…. Are you ever nervous?

Opening up for John Corabi and Queensryche at NAMM is probably one of the most amazing things I have ever done. I am such a fan of John and I am a HUGE Queensryche fan! It was definitely an OMG moment. I can’t thank Patrick and Heaven Below enough for letting me join them for that. I have never been nervous performing live. In fact, performing live is like my favorite thing to do! BRING IT ON!

Lisa: What charities are you currently involved with? (Your roles)

I am a Celebrity Ambassador for Free2Luv. I have been standing up with them for almost 3 years. They are the absolute best. I am so honored to work with their other ambassadors like Lisa Kudrow, Tom Arnold, Jake T Austin, and Fran Drescher. You can check them out at www.free2luv.org.

Lisa: Gabbie, you have had a numerous amount of “PinchMe “moments on Facebook, give us your top 5!

2. The Monsters of Rock Cruise

3. Opening up for John Corabi and Queensryche at NAMM

4. Being acknowledged and given props on the Ronnie James Dio Facebook Page for our cover of Rainbow In The Dark

Lisa: What are you and Patrick working on RIGHT NOW? (Details on rehearsals, songwriting,video… what’s going on)

Patrick and I are spending a lot of time in the studio. He has some incredible original material and I am so excited for everyone to hear it. We’ll also be working on a video to release. We have so many amazing things to announce! I wish I could tell you more! I guess you’ll just have to stay tuned!

Lisa: How old were you when you realized you had the power to make “grown-ups” cry with your voice?

OMG – too funny! I actually have a memory of being 5 years old and singing Castle on a Cloud from Les Miserables, and a grown man started crying! Since then, I have been getting so many messages from fans telling me that I made them cry and I moved them. That really means the world to me. My goal has always been to move people with my music, and to succeed in that means everything.

Lisa: You are REALLY making a mark in Hollywood. Where have you played?

Hollywood has been really welcoming to me! I am super lucky! I’ve been up and down the Sunset Strip. I’ve had the chance to play The Whisky a Go Go a couple times and I might just be coming back soon! *wink wink* I’ve performed at The House of Blues on Sunset and the one in Anaheim. Oh yeah, and I just played The Viper Room for the very first time a couple weeks ago! I’m everywhere!

Visit the following links to catch the performances of these artists as a team or individually, either way, it’s always a standing-room only, sold out show.