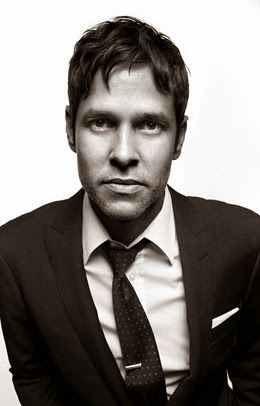 San Luis Obispo native Singer/Songwriter and Producer Damon recently launched an Indiegogo crowd funding campaign to complete his new album, Mess Of Me. With the overwhelming success of the campaign, not yet near completion, he looks to a significant release to a vastly growing fan base.

“Mess Of Me” is the follow up to 2011’s “Live At The Mission” and 2009’s “Laurel Lane”, an album produced by Grammy-Award winner Ross Hogarth. Guests on “Laurel Lane” include, Sheila E., Rami Jaffe (Wallflowers, Foo Fighters), Sean Hurley (John Mayer, Alicia Keys, Vertical Horizon) and Lee Thornberg (Tower of Power and Supertramp).

The campaign (http://igg.me/at/damoncastillo/x/6903715) has already reached its first funding goal of $10,000 in only nine days since its kickoff on April 15th. Through fan support, Damon will finish the album that he began recording almost two years ago at his Laurel Lane Studios, including mixing, mastering, design, distribution, and promotion.

“I’m totally blown away by all the pledges”, said Damon. “I can’t tell you how grateful I am for all the support. I bet there’s a song in there somewhere!” Now that the first goal has been met, an additional stretch goal will enable the making of a music video. There will be a CD Release Party at SLO Brewing Co. June 6th to celebrate the completion of the new album; Damon Castillo will perform at SLO Brew (http://www.slobrewingco.com/) on June 6, 2014.

It is 21+ show, and will start at 7:30pm. “SLO Brew feels like home”, said Damon. “I was lucky to be the first act to cross the SLO Brew Stage when Todd and Korie took it over in 2005! I can’t wait to come back.” Tickets for the release party are available here: http://www.ticketfly.com/event/547635-damon-castillo-cd-release-san-luis-obispo, Damon’s shows and events are sell out and often standing room only, so best get your tix now or you may have to wait for the tour.

Xombiewoof Magazine has been given an opportunity to listen to the entire album Mess Of Me . we will have a review for you and we are sure that you will love this album as much as we will. The review will be published May 14th, one week from Today after campaign has been completed, and with luck, Damon may give us a link to let you listen to a track or two, as a tease.

Follow Damon Castillo on Facebook and visit http://www.damoncastillo.com, there you can listen to tracks from his upcoming album Mess Of Me and get copies of his previous releases.

Technorati Tags: Damon,Castillo,Mess of Me,new,album,SLO,indiegogo,funding
Posted by Unknown at 9:51 PM