What's a fan/reviewer to do with this Pile? by Sean Stoltey

So, I've been absent from the page for a bit.  I was on a family vacation right after my last post, and then my sons started school right after I got back.  However, I've come to realize that that is not really the reason.  I've been trying to get up the gumption to write an article or a review for a few days, and it just wasn't happening.  There hasn't been any book that jumped out and said "Review me!"  So much of the Marvel I keep up with is wrapped up in Avengers vs. X-Men, that it doesn't seem right or fair to review yet.  Over at DC, well I've made my thoughts clear a few times, and I didn't want to feel like I was constantly trying to rain on their parade.  So do some indie reviews, right?  Well, nothing there was jumping out either.  It may not seem this way if you have read some of my reviews, but I'd really prefer not to write negative ones.  I want to celebrate the medium.  I would like to convince people who haven't, to jump in and give it a try.  So I dove into some stuff from IDW and here's what happened:

Infected #1 by Scott Sigler and Chad Minshew - Once again there is no beginning, middle or end.  However, this one has been put together so well and the cliffhanger ending had me wanting the next issue pretty quick.  Apparently based on a novel by Sigler, this is the story of a mysterious infection working it's way through America.  Like most medical emergency dramas, we are shown the violent end of a victim and then introduced to numerous characters at varying levels of government.  We can't really be sure yet who the main charcter is, but my money is on the veteran CIA officer who is in charge of the field investigation.  It seems a bit obvious, but that's not always a bad thing.  It's a very familiar trope, but despite that I still found myself getting pulled into the story.
The art is a big part of it, it's very well done.  The style is quite reminiscent of Salvador LaRocca.  Detailed and stylistic all at the same time.  The pages flowed well.  The story does use a lot of captioning that is describing what we are seeing in minute detail.  Normally this would be problematic, but since this is adapted from a novel it actually works quite well.  Novels can get very detailed and here they have married the detail of prose with great art and I quite enjoyed it.  Some of the action is quite graphic, so be prepared.  I wouldn't say that it is gratuitous considering the story, but it could be shocking for some.
All in all, I have to say I was surprised by how much I enjoyed it and can't wait to see the rest.  It is a familiar story, but the details and characters are interesting enough to keep me reading.  I think it might have been better served (like a lot of modern comics) being presented as a graphic novel, but they so far are making the end worth coming back next month.  We'll see how it goes from here.

Love and Capes: What to Expect #1 by Thom Zahler - I had never heard of Love and Capes, so I didn't realize this wasn't a brand new thing.  But that doesn't matter, because the author has used archetypes that don't require a lot of explaining.  Also, he has used a story that is so universal, that it doesn't require a lot of explaining either.  If someone tells you a comic, television show or movie is about a couple who just found out they are expecting their first child, you kind of know what you are in for.  As with the book reviewed above, it's all in the details when the plot is something you've seen before.  Zahler takes the excitement, fear, joy and so much more of becoming a parent and drops it in the middle of a superhero universe.
Mark and Abby are your average young married couple.  Mark just happens to also be The Crusader, protector of Deco City.  They have the same fears about not wanting to tell people too soon about their happy news, but when your best friend is the equivalent of Batman you can guess how that goes.
The art style is very classic animated/cartoony.  That does not detract at all from the story or characters.  It makes it easier to accept I guess.  Such an average story in such a fantastic world, and with fun poppy art.  Bonus points to Zahler for using alternate dimensions in an interesting AND funny way.  The first doctor's visit was easily my favorite part of the book.  Definitely worth a read, eager to see where they go from here.

So there you go.  I was really not jazzed about anything non-AvX this week and I ended up enjoying the heck out of two books.  Just goes to show you, if you're not sure about something: give it a try.

Sean Stoltey, writer, raconteur and retired rabble rouser, hails originally from California's Central Coast but currently resides in Southern California's BEAUTIFUL--San Fernando Valley. Screenwriter, Comic Book author, these are things he does because he's too poor to be a Producer or Publisher.
Sean has been reading comics, watching movies, reading books and selling his soul (or at least his hearing) to Rock'n'Roll for as long as he can remember. He has been discussing and arguing about these things for almost as long.
So now he has come here to throw his opinions in your face as well and hope that, even if you don't agree, hopefully you will enjoy them. For the record: Kirk was the greatest Enterprise Captain, Han was the only one that shot, Led Zeppelin was the greatest Rock band to walk the Earth and Keith Richards is the coolest undead person to walk the Earth. Coolest living people are my sons and my Mom and Dad. My Dad F---in' rocks, and my Mom can kick your ass.
You can ask Sean anything at http://www.formspring.me/WWest3001 contact him via twitter @WWest3001 or boring old e-mail at SeanStoltey@yahoo.com
Posted by WWest3001 at 4:11 PM 2 comments:

Jimmy at the Prom – Time to learn something new

Jimmy at the Prom 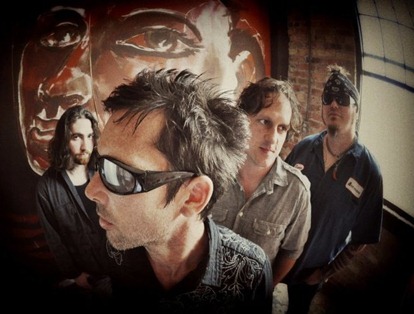 I get several submissions per week to review, some good, some barely tolerable but all the reviews I have done have some merit and some qualities that somebody, somewhere will like. I may, in my honest and humble opinion, may have become jaded, thinking I have heard everything and know what any artist may be attempting to do in their musical endeavors, I don’t think I have become one of those jaded critics that feel a bands success rides on the direction of my mood, but hey, anything is possible.

I can happily announce that I have had my head trounced and my ego blown away, for the good of all music kind.

Jimmy at the Prom would appear to be the best of the new era music artists I have come across in most recent years. The band, from my research has been touted as being either Hard Rock or Punk, and even by the artwork on their website, one would first think of them as just another bunch of angry guys making their instruments write in torment on the stage. Their sound is clean and progressive; blending well arranged and composed sound with vocal harmonies and change-ups that keep you moving with the beat. Their vocalist has a rich vocal timber that is not stretched or forced, with great range and an almost hypnotic resonance. The group has a “well-rehearsed” sound, but not over played. I use the term progressive in the sense that Jimmy at the Prom has a sound that changes as you listen to it, making use of tempo changes and textural combinations that send a message that is compatible with the vocalist’s words. 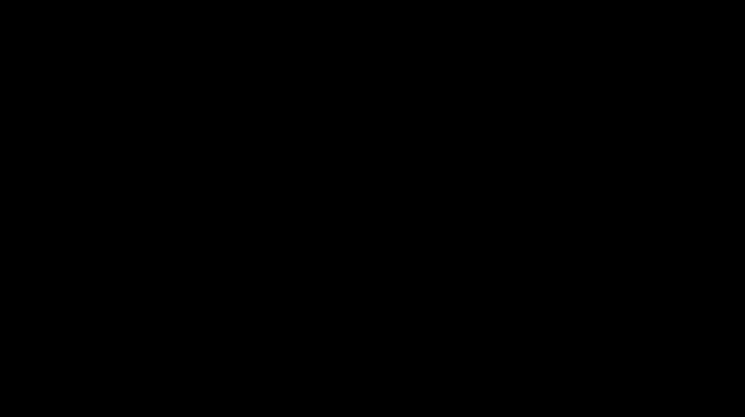 Jimmy At The Prom

Jimmy at the Prom has the production skills of Chuck Garric of Alice Cooper and have set themselves up for success by looking at the quality of production at primary, but not at the sake of the music’s originality and creativity. Jimmy at the Prom is, in my opinion – un-definable, I could not really place them in a category. I would say they are truly unique and would be appreciated by any music lover that has an open mind.

Jimmy at the Prom does have a bit of mystery about them as well, they are well known in their local music scene, have played with other great acts and have had many great reviews, but not many interviews or “quotes” that could be found. I had the pleasure of contacting their PR people Public Relation Divas to get their 45RPM Single titled Escape, with the B-Side Fist of Doom, which was just as great a sound (if not better) than I expected, don’t get me wrong, digital music is great, but the Vinyl is AWESOME, and I am going to contact them back to see if I can get an interview with a band that I believe will be a major force in the Progressive Music field.

Go to their site, get some tracks, get Schooled by Jimmy at the Prom, you will love it! Technorati Tags: Jimmy,Prom,Time,Vinyl,Download,Album,Songs,Music,Review,Joseph,Timmons,submissions,opinion,artist,critics,bands,direction,mood,artists,band,Hard,Rock,Punk,artwork,instruments,harmonies,vocalist,resonance,tempo,combinations,message,production,skills,Chuck,Garric,Alice,Cooper,category,lover,Public,Relation,Divas,Single,Escape,Side,Fist,Doom,AWESOME,Progressive
Posted by Unknown at 11:31 AM 1 comment:

The SABIAN Obsessed Campaign is all about drummers and their Obsessions. In a series of interesting, revealing and fun print ads and videos, the cymbal brand’s most famous and iconic artists – among them Neil Peart, Mike Portnoy and Jojo Mayer – have shared their Obsessions, musical and non-musical both. And now drummers from around the world have also been invited to share their Obsessions through a brand new Facebook app developed by SABIAN – their first ever.

“Throughout this campaign, our endorsers have told us about a musical obsession, a life obsession and a SABIAN cymbal obsession. We’re now giving our customers a chance to do the same, and we’ll feature the best Obsessions prominently on our Facebook page,” is how SABIAN executive Katie Bursey describes the Obsessed app.

Although this is SABIAN’s first Facebook app, it’s certainly not the first time they have connected with their fans and musicians through social media and the power of their customer’s loyalty into an informative brand campaign. Probably the best known instance of this is Cymbal Vote, where for the second consecutive year SABIAN has allowed their customers to vote and decide their new product offering.

To share your Obsession story and learn more about your favorite musicians that have innovated the music scene and swear by SABIAN as a key element in their sounds and styles, visit https://apps.facebook.com/sabian-obsessed.

You can also visit http://www.sabian.com/en/ for more information, resources and great news about the entire SABIAN percussion instrument line.

Technorati Tags: SABIAN,LAUNCHES,FACEBOOK,DRUMMERS,Players,Everywhere,Share,Obsessions,Peart,Portnoy,Mayer,Campaign,series,artists,Neil,Mike,Jojo,Throughout,endorsers,obsession,life,customers,Katie,Bursey,Although,musicians,media,customer,instance,Cymbal,Vote,product,music,information,resources,news,percussion,instrument
Posted by Unknown at 10:19 PM No comments: