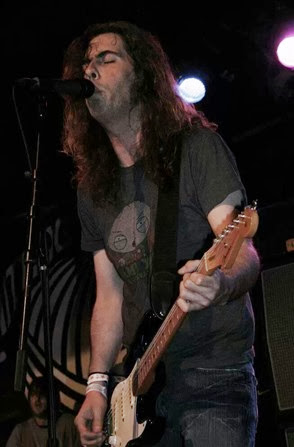 Well, this is how the story goes... same story as when she ended up on the phone with Kretz from STP... she was messaged on her Hollywood Rock Underground Television Face Book page...

I Love coming across new talent, Max and I were chatting away on Hollywood Rock and he mentioned that he had a few CD's that he was interested in sending me, I came back from lunch and they were on my desk, turns out Max worked in the next building, in the same city, on the same street, screams "fate" to me, ... He left me 3 CD's, I listened to the first, then skipped to the 3rd, the second song "Camera" caught my ear and I had to listen to it again, again, and AGAIN..  I believe Max's musical capability far exceeds the average, his style is very "listenable", and before I came to any conclusions I figured it was time to sit down and talk with Max, himself.

"Max, How old were you when you knew you couldn't escape from being a songwriter/performer"?

Max- I've known that I wanted to be a musician as long as I can remember. I've never wanted to pursue any other fields. But I would have to say after I joined my first band in high school and played my first real gig, I knew that I could never look back. 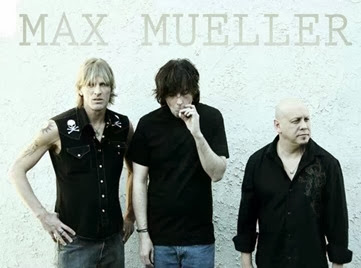 What was the first song you ever wrote? How has your style evolved?

Max- It was called "untitled instrumental". I still remember how it goes. I didn't really start writing songs until much later. I just wanted to be a guitar player in a band. Writing songs and singing them never occurred to me. So, when I found myself without a band, I decided that I was gonna put something together to make demos of the songs I had recently started to accumulate, and out of that was born my album "screech". The biggest change in my songwriting has been in point of view. On the "screech" album, a lot of the lyrics were obscure, word play that only really made sense to me in retrospect. Since then most of my lyrics are first person conversational.

Growing up, what bands were you listening to? How did they shape your groove? 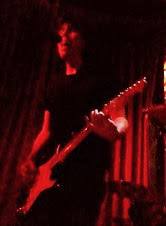 Max-I had hippie parents with good records, so I was very lucky that way. I'm a Beatles fan from birth. As I grew up I was introduced to the Rolling Stones, Neil Young, then Black Sabbath, AC/DC, and later Judas Priest and Iron Maiden. I started playing guitar when I was 6, and those were the artists I cut my guitar teeth on. Later on I joined a band in which I was expected to sing all backups and a third of the night as lead. I took the job and realized "I need to learn how to sing." So I spent all day everyday singing along with CDs while I drove a truck. As loud as I could. I'd get all kinds of dirty looks in traffic, but it needed to be done.

How did your band come together, what does each member bring to the table to make it great? 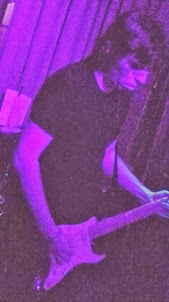 Max- My current band consists of Steven J. Flores ("Screamin Steve") on bass and Chris Cotton on drums. I met Steve about 7 yrs. ago at work. He's a guitarist by nature, but was willing to switch to bass in order to play with me. Steve wants nothing more in life than to play on stage. I've never met someone with as much energy and willingness to learn as Screamin. Chris's dad was in a band called POCO, so he grew up around music and musicians. He's been playing since he could walk. What they both bring to the table to me is the ability to understand where the songs are coming from, in a musical sense, and a desire to play to the song, not show everyone how clever the rhythm section is. They understand that the song is everything.

Tell us a little about your songwriting process as a band...

Max- We don't really write as a band. I come in with finished songs and tweak them from there. The guys are really good about taking direction and trusting my vision of what the songs should sound like. I'm very lucky that way.

If you were to interview someone that influenced you greatly in rock (dead or alive) who would it be and what would you ask?

Max-  Keith Richards. "How the hell did you manage to write so many songs that mean so much to so many people using 2 chords?" It really is amazing. Follow up question : "are you gonna pass that or what?"

How is this CD different than your previous disks? How would you convey the overall vibe to those interested in giving you a listen?

Max- There are stories behind "Screech" and "Ballad". My first album to be released was "III" because it's actually my 3rd album. "Screech" was recorded entirely in Baltimore in my row-house apartment. Copies were passed around but I never thought to give it a proper release. Nick Bertling, the drummer on "Screech" and "Ballad" asked for a shot at remixing the original 8 track masters. It turned out so well that I decided to put it out. "Ballad" was also recorded in Baltimore, however shortly after completing the recording, there were, um, difficulties with the studio. I thought it would never see the light of day. Fast forward a few years, I had recorded and released "III" and while I was moving, I found a box of CDs that were the complete session backups of all the drums for "Ballad". I re-recorded everything else myself in a very short time, then it was mixed a song a day. I love the rawness of these 2 albums. I think it allows you to hear the songs better. It might not be perfect, but it's real.-

Max to Lisa- I want to thank you for asking me to do this. I know it sounds cliché, but it really does mean a lot to me anytime someone takes an interest in what I'm doing, the likes on Facebook, the small but loyal fan-base we've been developing playing live, all of it. Thanks, everybody.

We have a show at a tiny bar called the Universal Bar And Grill on March 28. It's a really fun place to play. Lankershim in noho, near but not on city walk. See you there!