Interview with Dale Bozzio of Missing Persons Fame talks with us about her life, her career and her New Album “Missing In Action”

Dale Bozzio talks with us about her life, career and her New Album “Missing In Action”

When given the opportunity to interview Dale Bozzio for this article about her new album “Missing In Action” prior to today’s groundbreaking release, I jumped at the chance. I found Dale to be a warm and as expected, and a joy to interview. Dale has been hard at work developing this new album, but unlike other artists coming back after a while out of the spotlight, Dale Bozzio kept to her natural styling, not to embrace a style or sound that is not hers, but to “Rev Up” her trademark sound for a new generation to discover. Dale expressed her secret to her staying power and longevity to not paying attention to modern trends, Dale said in confidence “I sometimes place myself in a space where I wonder who could I be if I were not myself, and I realize I can’t, I can only be myself and to that I have to be true and keep moving forward”. As a self-proclaimed introvert, she becomes a different person, finding comfort on the stage to express herself without reservation and empowered. 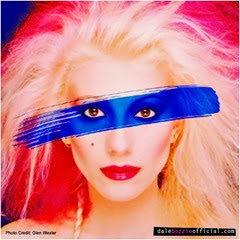 When Missing Persons first hit the streets back in the 80’s, the group quickly rocketed to the top of the charts with a new and energetic sound that would become foundations for other artists to follow yet never duplicate. Dale Bozzio, the singer of Missing Persons was a new wave vision of beauty who would be many a young man’s dream girl. Prior to her formation of Missing Persons, Dale Bozzio had already created a legacy in the music industry through her work with Frank Zappa, whom was a close and dear friend of Dale that took a personal interest in her development.

Dale and I talked about her work with Frank Zappa and her memories of him and what it was like to be a part of his world, “I was truly blessed to have worked with Frank. I met him in 1976, which now feels like a million years ago. It kind of blows my mind that the things I talk about now like my career, my music and my past work are from 30 years ago, but it feels like it was just yesterday”. Dale Added “I am originally from Boston, in my youth I took elocution lessons to improve my speech, when I met Frank he said to me that I had a sound that would be remembered and to never change it”. In live performances, Dale would stride onto the stage and the roar of her fans would drown out the most powerful of sound systems, proof that Zappa was right.

With additional credits to her versatility such as videos, movies and her various ventures in music, including working with Frank Sinatra, Dale would be poised to accomplish anything she desired. Yet, as fate would have it, life would take dale from the stage and into the role of wife, mother and her legacy would be that of an enigma, leaving our sight as quickly as she arrived.

Or so it would seem… 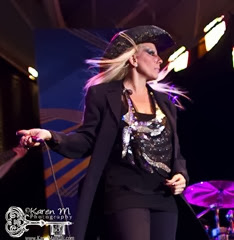 Dale Bozzio, one of the most recognizable singers to come out of the ‘80s art rock movement, never stopped performing and has kept active in the music world, no longer gracing the large arenas but keeping her performances small and personal, keeping her music intimate with a loving and very loyal fan base. A true original whose signature vocal style was matched only by her iconic outfits that set the standard for flamboyant fashion in rock music is still, many years later, a beautiful and iconic artist that has decided to come back in full force to those that would be waiting. With a life’s story of ups and downs and personal achievements and tragedies, Dale Bozzio is back and she is a stronger and more powerful artist than she ever was.

The album, “Missing In Action”, released today on March 4th on both CD & Vinyl by Cleopatra Records, Is a masterpiece of

originality, not a backtrack to the 80’s or a “comeback” attempt, but the creation of an audio tapestry that is, in essence, a tribute to who she was, is and will continue to be. “Missing In Action” was produced by the multi-talented Billy Sherwood, a member of the legendary progressive rock institution Yes, who worked closely with Dale to craft an album that can stand alongside the Missing Persons catalog while still showcasing Dale’s growth as both a performer and a person. Dale told me “it was amazing to work with Billy Sherwood, he could read me and we had a great creative chemistry”. In our interview, Dale reflected on the 10 song album, noting song titles rich with personal meaning such as “Do Or Die”, “Walk Into The Sun,” and “Speed Of Light”, ”The More We Love” and others are not just beautiful songs, they are also testimonials to her life. “I take things to the heart; I want to make things better for the world, I am not greedy or selfish, I just want to give”, I would say it is with this philosophy that Dale is able to create such great music. 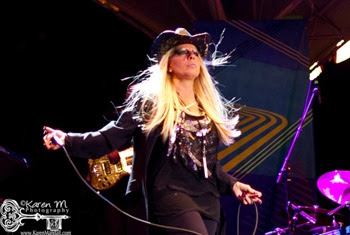 “The More We Love,” which Dale recorded just days after her mother passed away and contains the most moving performance of Dale’s long, historic career as well as her admiration for a person that inspired her to be the best she could be. Dale dedicated much of her work to her family; in commentary she told me that her children were the light of her life and that they are a driving force for her and her greatest supporters “her best friends”. “Everything that I believe in and cherish is in them”, after a laugh, Dale became a bit serious and said “We sometimes take so much of our life for granted, we need to take every day as it comes and enjoy living for its own reward.. We have to face life with courage”.

“Missing In Action”, has been in the making for over two decades and is a triumph to Dale’s ability to empower herself and her fans through her music. To quote Dale Bozzio “Life is precious journey that we have to experience, every day that comes could be either the last day of our life, or the first day or our rebirth or new life and I never do anything that I could not go to sleep with on my conscious”.

For more info, visit http://dalebozzioofficial.com and Dale Bozzio on Facebook.

Go to Cleopatra Records to get this album ASAP!