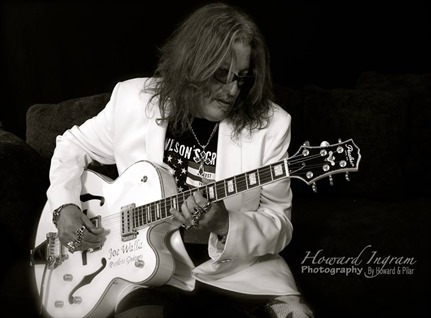 Every musician starts out humble. They say they won’t change once they make it to the top. While it is easy to say, and even to believe, it hardly ever happens. What will usually happen first is the fame, then the parties and the wild life, and then inevitably, the fall from grace and decent into obscurity.

In the music industry, there are many stories; some involve sorted half-truths and jaded commentary. Other stories of artists revealing their darkest tales and tearful apologies and some of the “one hit wonders” looking for the fame they once had.

In my interview with Joe Walla, I found that his life has been, and sometimes still is, a roller coaster that movies are made from. Starting when he was young, to today, returning back to the stage after a long absence, there were many ups and downs that some artists would find discouraging. But Joe Walla, being the professional he is, wanting to make his dream come true for the second time, making that once in a lifetime thing happen all over again, was not only a choice and a destiny, but is now a reality. I would not call this a comeback story, but a return from darkness. 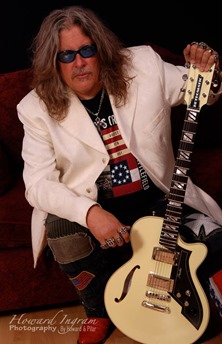 Like the pieces of his life that influence his music, his real experiences had created the score to his Rock and Roll fantasy. Joe Walla started as a keyboardist, with a long interest in music. But after family strife came into being, he sought a new way to express his soul and found it in the strings of an old guitar his father left behind. Once he began learning to play guitar, all the way working his way to the stage, the road was one not traveled by angels, and he showed a skill unlike others. He struggled hard, making his name for himself through will and desire.

He signed to Atlantic Records in 1982, performing, recording albums, and making his dream come true. However, due to “strange and unexpected events”, Joe said in a guarded candor, some of the issues that caused his absence were due to missed opportunities, bad management choices, and inconsistencies in the band. Joe Walla’s band consisted of himself, his bassist, and his drummer. There were many places in between where people came and left, but the core element of the band had always stayed the same. Finally, due to major conflicts over the direction they were going in, and what was going to happen with contracts and deals, caused stress between the members. Joe took very personally, and depression began to set in, which ultimately led to his departure from the limelight. 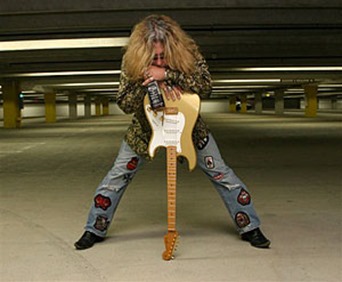 Joe Walla’s return to the stage was the result of hard work and dedication, Joe said “I made a few bad choices, but I am also looking to put the right pieces together again. I’ve done a decent amount of work: soundtracks, seven studio albums, and multiple live performances. I think it’s time for me to pull myself up by the bootstraps and get to the next step. I love playing, I love playing live, it’s always the best, but I found it humbling to rethink and restart again, now only better.”

Joe Walla described himself as an average player, yet to the contrary I found while preparing for this interview many fan pages and sites mentioning him and his past career. In his absence, his fans and followers had never forgotten him. In our conversation he mentions his experiences with coming back to the stage and to his fans. Many of the faces that he saw when he was younger he saw again at his recent performances, constantly reminding him of what he gave them – not just his songs, but a soundtrack to their lives.

“If you want to make it happen, the sky’s the limit. I am lucky to be where I am today, and I am lucky to have the fans that I have.”

Joe’s romantic side emerged with the recent collection of new songs, and with new styles he has been working on. He’s integrated his rock-and-roll style from the past with some rhythm and blues, some soul and some Spanish-style guitar. Joe has mixed it up to create, ultimately, a whole new sound, which has his unique style and flavor, and is completely Joe Walla. 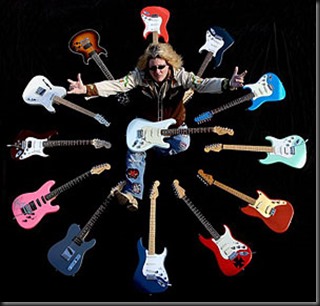 At 52 years old, he said he has no regrets and has no desire to look back and be the star of his own pity party. He said to me that “if I sat there and just relived my past and worried about my past, and about what people think, then he’d never pick up the guitar again.” And for Joe Walla, that would be death. He lives to play guitar, he lives to perform, and he lives for his fans, the people that supported him, day in and day out. “I would like to add thanks to some special people in my life, Kris Traynor, my producer and longtime friend. Kris took the time to nurture my talent, so without his guidance I wouldn’t be where I am now. I also have to thank my sister, Lee Anne Marino; she was and still is my first believer. She put up the money to help fund my fist CD project. I owe her big, without her love and support …well, I love you. I am thankful to all those I couldn’t say thank you to, that would be a whole story by itself. You are all special people to me, and I will always be thankful.”

Some would say that Joe Walla is an eccentric, an unconventional artist, but I prefer to think of him as a performer that involves his fans in the show, sometimes taking odd items to play the guitar with. The guitarist Jimmy Page would use a violin bow; Joe took it one step further: he would take various objects from the stage or from the audience to play with, using it like a slide on the guitar or banging against the strings. Sometimes he would take his guitar and play it against the side of the amp; an old beer bottle, a can. One time he referenced that he used a chicken bone from somebody’s plate and used it like a slide. The most bazaar thing he used was a prosthetic leg. He was playing in a night club – or more like a bar, he said, - and somebody from the back, a raving fan that loved his playing, took off his own prosthetic leg and tossed it onto the stage. So, Joe picked it up and started playing. At the end of the show, the guy came back for his leg –so he could get home - and Joe thanked him for making the performance great. He did not say he made it great – he said the fan made it great, gave him an opportunity to do something different, something new, something to make it memorable for everybody there. 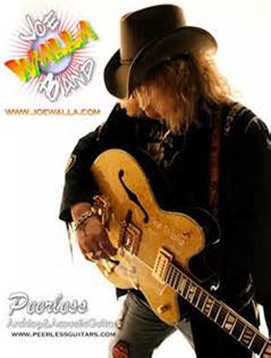 Joe Walla works on his skills daily to make music for his audience to enjoy, remembering it was the people that put him there. Joe Walla is an old school rock-and-roller, but he is also a modern man of the digital age, taking advantage of the internet, websites, social networking. His albums are all recorded now strictly to digital, available for download, sometimes free, most for the minimum cost just to cover production. Joe Walla wants to perform all over the world, and is presently in negotiations to do so. Joe wants to include stadiums, club scenes, – anywhere where there is a stage, anywhere he could have his fans show up.

He makes his music available for anybody who wants to hear it, through many locations. He is looking to put together a great band and create a new stage experience, something new, something to meet the challenges of the next phase. Joe Walla, a motorcycle enthusiast, who also had a car in the racing circuit, is still very much engaged in his interests and wants to play in the road houses and “biker bars” as well. Many of his fans enjoy motor racing and the rock-and-roll lifestyle. 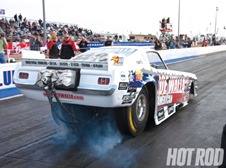 His awards and nominations include All Access Award Winner for Best Southern Artist, Best Instrumental Group, Best Rock Guitarist, Best Songwriter and Music Connections Top Unsigned Artist for 2 years running– a tough competition, it is not easy to achieve it more than once. He has multiple albums in his discography including duet performances with other notable artists and he is endorsed by major Music Instrument Companies: Peerless Guitars, Cool Picks, Aurora Strings, Zt Amplifiers, Gig Fx, Amt Pedals and Mills Acoustics– companies that want only the best to represent, them, and Joe Walla represents them well. 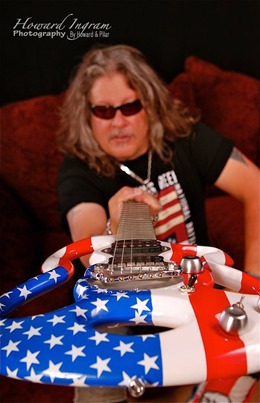 Joe is not very happy with the record industry as it is today– not that he blames them for anything, but he is just not very comfortable with the way things are going there. To catch a common phrase – “Payola” - he feels that the person needs to be recognized for the talents, not for the star factor he or she can offer to the record companies. This may have caused him some issues when dealing with executives, but those that can respect his opinion are the ones he wants to work with. Again, Joe Walla is about the show, not the stardom. The present music scene is filling up with artists that have an agenda or a wild image, or a gimmick. Whether its makeup or a scary costume, or the performers are trying to represent some dark demonic force or being the next pretty boy band. “LA is not the same, and it seems to be a whole new game with new rules.” Nothing against those bands, but for Joe Walla, it just does not work.

One quote that came in a pause in laughter, because all throughout the interview Joe Walla was cracking dirty joke and making side comments, “At the end of the day, it’s been a good run. I’ve made some money, maybe not a living, but I’m living well.” He is still blown away by fan mail he receives. Once, a fan asked him for an autograph – and he gave it, in exchange for the fan’s autograph. The word got out – suddenly, fans all over the world started sending their autographs in return for his, for the momentum of the show. Now, his studio wall is layered in autographs of his fans. He said this is his driving force. This is what makes him get up in the morning. Not what he can get, but what he can give.

“You can change a life with a song. I want to write enough songs to change a lot of lives.”

Joe Walla came out of the dark place, and came out strong, stronger than ever. There are those that can play music, some that can master it, but if you love the artists that can breathe music, bleed music, live on music… Joe Walla is that kind of artist, yet He has no delusions of grandeur. He is just a man who wants to play guitar; it’s what he does, and it’s what he does best. The best is all that Joe Walla has to offer.

Visit The Following Sites to See, Hear and Enjoy the Music of Joe Walla